Mitsubishi UFJ Financial Group Inc. just took a big step toward its goal of becoming one of the 15 largest asset managers in the world.

Japan’s biggest bank on Wednesday agreed to buy Commonwealth Bank of Australia’s global asset management unit for A$4.13 billion ($2.9 billion). The deal adds A$213 billion of assets under management across the U.S., Australia and Asia. MUFG has been exploring acquisitions to diversify from its domestic lending businesses, which are constrained by a low interest-rate environment and a shrinking population.

For Commonwealth Bank, the sale accelerates Chief Executive Officer Matt Comyn’s move to focus on its more profitable domestic banking business. Like its rivals, Commonwealth Bank is facing a tougher operating environment as the end of Australia’s property boom damps revenue growth and compliance costs rise in the aftermath of a series of scandals.

MUFG is aiming to become “the unparalleled industry leader in Japan, as well as a global player boasting significant presence overseas,’’ the bank said in a statement on Wednesday. Acquiring the Commonwealth Bank business, which is the third-largest asset manager in Asia outside Japan, will enhance its product offerings, it said.

The sale means the unit, known as Colonial First State Global Asset Management, won’t be included in Commonwealth Bank’s previously announced plan to spin off its wealth management and mortgage-broking business. The slimmed-down spinoff will still go ahead in late 2019, the Sydney-based bank said in a separate statement.

The wealth units have been the main source of scandals which have sullied the reputation of Australia’s biggest bank and helped lead to a wide-ranging inquiry into bank misconduct which is expected to usher in tougher regulation. 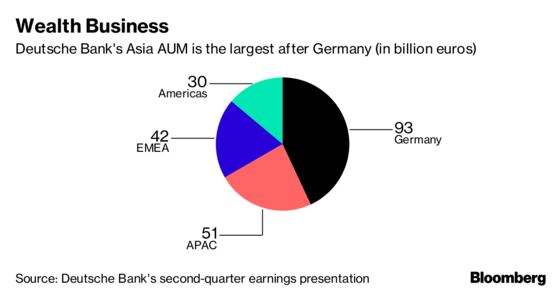